Yulin Lee, a local financial planner, is hosting a 4 part series titled: The Life of Francesca at the Intero Real Estate office at Santana Row starting this Saturday morning. Please email me at mario@interorealestate.com to RSVP. 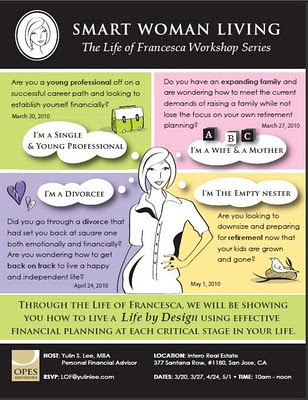 Posted by Mario Pinedo, CCIM at 5:52 PM No comments: Links to this post 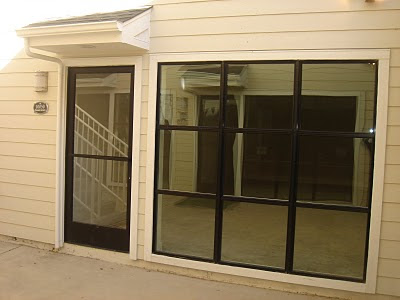 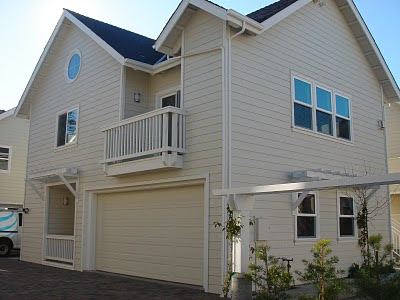 Brand new mixed use construction, single family home plus separate address professional office suite available for sale in Monta Vista area of Cupertino. Gorgeous property of approximately 1,270 square feet single family home, plus a 500 square foot basement and a 400 square foot separate address office suite. Perfect situation for someone who wants great schools and a highly-professional office space. Offered at $899,900.
Posted by Mario Pinedo, CCIM at 9:06 AM No comments: Links to this post

Outstanding land for apartment or condo development in San Jose. 18,775 square foot lot with an existing house of over 1,800 square feet - asking $799,995. Very good Santana Row proximity, amidst other apartment buildings and some newer condo developments. House is currently rented for $3,200 per month. This makes a very good investment hold until the for sale condo market returns. $42 per foot for land is very well priced plus the additional house and income in place. Don't wait on this!
Posted by Mario Pinedo, CCIM at 11:47 AM No comments: Links to this post

Everybody's favorite and most innovative short sale bank has been Wachovia - now under ownership of Wells Fargo. Wachovia realized that they had a large amount of bad loans in their portfolio and they decided to be proactive about heading off the financial crisis within their bank. While most banks were begrudgingly processing short sales - some as long as 4-6 months - Wachovia put into place a single decision maker per region - Sandra Villalpando is our representative in Silicon Valley - to make decisions within 5-7 business days! The real estate industry loves this - it makes the sale of a Wachovia short sale almost as easy as a "normal" sale. Wachovia short sales then started selling at a very rapid pace. The leaders of Wells Fargo now are adopting the Wachovia model and will roll out their quick short sale approval process - and actually using the Wachovia teams to handle the larger workload. Good job Wells Fargo and brilliant job Wachovia!
Posted by Mario Pinedo, CCIM at 11:30 AM No comments: Links to this post

Here is the weekly update from Tony Guaraldi of The Loan Source on FHA and conventional rates in the San Jose marketplace:

Mortgage rates for today are about the same as last Friday. We had some improvements though out the week and then getting slightly worse this morning. Things are still looking amazing historically! With the Fed ending the mortgage security purchase program at the end of the this month this would be a great time to capture a refinance or get into contract to buy a home.

The Jobs Report numbers are in, and the headline numbers were not as bad as expected. The media is spinning this as a good number, Stocks are moving higher and Mortgage Bonds are moving lower. The Jobs Report showed 36,000 jobs lost in February, better than the 68,000 loss that was estimated. The Unemployment Rate remained at 9.7%, as the number of people unemployed remained unchanged at 14.9 Million – this was better than expectations of a rise to 9.8%. Adding to the positive tone of the report were upward revisions to the prior two month's reports showing 35,000 fewer jobs lost. These headline numbers were not so great, but exceeded the low expectations, and avoided a potential disaster that some had feared. Helping the numbers were 15,000 temporary census worker hiring. Without this, actual job losses would have exceeded 50,000 for February.

And a deeper look beyond the headlines of the report showed what many consider to be the Real Unemployment Rate to be at 16.8%, a rise from last month’s 16.5%. This rate of unemployment, which the government calls U6, includes both discouraged workers and those who are working part-time that would rather have full time employment. In fact, a large portion of those accepting part time work are doing so out of necessity, to earn whatever they can. And just last month, another nearly 500,000 people accepted part time work, citing economic reasons for doing so. Overall, the report indicates that the labor market continues to struggle, but has shown improvement from its worst levels.

FHA is still available up to a $729,750 loan amount with 3.5% down payment. There is some talk that the down payment requirements and MI costs may increase in the future, so again it would be wise to jump on FHA with today’s guidelines and pricing. You can still buy a condo with FHA but the whole complex must be FHA approved. Townhomes do not need FHA approval. Below a link to look up local FHA approved condo complexes. I suggest filtering the search by State and then by City. If you have a buyer who must use FHA and they are looking at condos, don’t even bother showing them properties unless they are on this list.

That’s the update for this week! Have a great weekend!
Tony Guaraldi
Mortgage Consultant
The Loan Source
Posted by Mario Pinedo, CCIM at 10:33 AM No comments: Links to this post

Email ThisBlogThis!Share to TwitterShare to FacebookShare to Pinterest
Labels: Financing

I just did a search of future San Jose Bank Owned Homes based on a 5 mile radius scan of Notice of Trustee Sales. The parameters were, 5 mile radius of my office at Intero Santana Row and NTS within a 60 day period. The return was 775 homes scheduled for trustee sale in the next two months. Of course, many of these will be postponed due to short sale offers, bankruptcy filings and mutual agreements with lender & borrower to work through loan modification, etc. This is a very large number given the comparison to the approx 3,500 homes on the market in Santa Clara County. An additional 20% REO or short sale inventory will have a significant impact on pricing. Banks are being cautious not to flood the market. Although, some banks may decide to sell their inventory first at perhaps higher prices than waiting it out.
Posted by Mario Pinedo, CCIM at 9:14 AM No comments: Links to this post

There are some very good investments available outside of the obvious REO deals. In fact, most of the commercial REO investment properties sell at close to fair market value - some even exceed that price point. We are working closely with some banks to bring the better investments to the table. For various reasons (cash reserve issues, publicity, flooding the market, etc) banks are hesitant to foreclose on their bad commercial loans. The solution is a sale of the note/deed of trust to an investor at a discount. This then allows the investor to foreclose or deed in lieu the real property. One deal that we are reviewing is fully occupied and almost a 10 cap rate for an excellent building. We are also looking for investors to pair with these offerings.
Posted by Mario Pinedo, CCIM at 8:45 AM No comments: Links to this post